Normal procedure vs. accelerated procedure, what are the differences ?

Requests to reexamine an application

Final closure decisions and the procedure to reopen an application

Applying for asylum at the border

Applying for asylum from a foreign country

Normal procedure vs. accelerated procedure, what are the differences ?

Classified as an accelerated procedure by the GUDA

During your appointment with the GUDA, you are informed of the procedure applicable to the examination of your asylum application.

Your application is automatically classified as an accelerated procedure, by the GUDA, for the following 2 scenarios:

Furthermore, your application can be classified as an accelerated procedure by the dedicated asylum application service center for the following scenarios :

Ofpra tries to make a decision as soon as possible.

In case it takes longer than 6 months, a letter will be sent to you fifteen days before the expiration of this time period. If you requested it, you can also be informed of the expected timeframe in which a decision will be made regarding your application and the reasons justifying the absence of a decision during this 6-month period.

Whether your application was classified as a normal or accelerated procedure, you have the possibility of disputing Ofpra’s decision by submitting an appeal to the National Court of Asylum (CNDA) within one month’s time.

You have the right to stay in France until the CNDA’s decision (on the day that it is read), unless your application was classified as an accelerated procedure for the following reasons :

Requests to reexamine an application

Have you submitted an initial asylum application that was rejected, but the circumstances in your country of origin have now changed or you have new elements to bring to Ofpra’s attention? You can submit a request for your asylum application to be reexamined.

This form needs to be sent to Ofpra, along with the requested substantiating documents, within 8 days once the application has been registered at the dedicated asylum application service center, by mail only (date confirmed by postmark):

Ofpra will carry out an initial examination of your request to reexamine your application within 8 days after it has been submitted.

Final closure decisions and the procedure to reopen an application

The decision to close an application

The decision to close an application may be applied if you are in one of the following scenarios :

In all cases, the possibility to close an application is an option for the Office, which evaluates this in light of individual situations and protection-related needs.

You can request for your application to be reopened with the prefecture within 9 months following the decision to close the application. The prefecture will register your information again and a new asylum application certificate will be issued to you, as well as a specific form.

Past the 9-month time period

Applying for asylum at the border

Introduced in1982, the purpose of the asylum procedure at the border is to allow or bar entrance to France, in virtue of asylum, of foreign nationals who present themselves at the border without the required documents in order to be admitted.

Indeed, if the conditions for entering France are not fulfilled, you may be held in a holding area.

Since the law from November 20, 2007, the administration has decided on a four-day holding period in a holding area. The judge for freedom and detention (JLD) is then contacted in order to authorize the extension of this holding period for another eight days. At the end of this timeframe, the administration may once again request the JLD for a “one-time” extension, which could reach up to another eight days. In principle, and without exception, you may not be held in the holding area for more than twenty days in total.

If you are held in a holding area, you can request to enter the country in virtue of asylum at any time.

The Ministry of the Interior will then decide to admit you to the country or not, upon Ofpra’s recommendation.

Under the framework of its specific mission at the border, Ofpra interviews people and sends their legitimate recommendation to the Ministry of the Interior regarding the admissible or manifestly unfounded character of the application. The manifestly unfounded character of an application is evaluated in terms of the conditions for granting asylum or declarations lacking any credible elements.

The applicants are interviewed by Ofpra agents in the language of their choice, with the support of an interpreter over the phone.

In case of admission to the country, the Border Police will deliver a safe conduct, which gives the recipient 8 days to manifest their desire to apply for asylum with the prefectural services. This application, once submitted, will be examined by Ofpra according to the regular conditions and may also be the subject of a decision to grant international protection (refugee status or subsidiary protection) or a refusal after an in-depth examination of the application.

A decision of non-admission to the country is conveyed, in the absence of any other means of leaving the holding area, by rerouting the interested party back towards their country of departure, which may be their country of origin.

This decision of non-admission to the country in virtue of asylum may be the subject of an appeal before the administrative court.

Applying for asylum from a foreign country

Ofpra is only authorized to process asylum applications submitted in France. You cannot contact Ofpra from abroad.

The issuing of the visa in virtue of asylum falls solely within the scope of the Ministry of the Interior’s authority.

If this visa is issued to you, you may legally come to France and contact the prefecture located nearest your place of residence in order to pursue the asylum application procedure with Ofpra.

Would you like to apply for asylum in France? Here is a summary of the procedure.
Read more

Asylum at the border Mission (MAF)

Ofpra's asylum at the borders mission (MAF) is the service responsible for giving opinions[...]
Read more 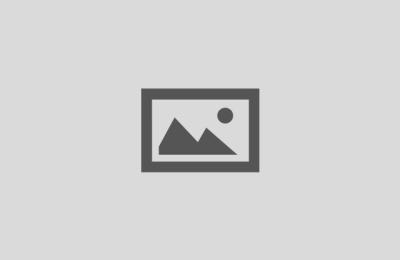 Ofpra has a role in identifying the vulnerabilities of asylum seekers. It takes them into[...]
Read more